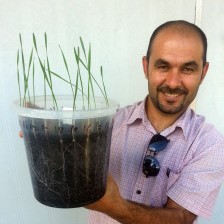 The global durum wheat (Triticum turgidum Desf.) market is narrow and extremely competitive. In 2014, the durum wheat market experienced a drastic fall of 12% of the harvest due to factors including drought, plant pathogens and civil unrest in the Middle East. In Australia, production is limited by the area which can be cultivated using existing varieties. In particular, current varieties are susceptible to crown rot, leaf rust and drought. To further expand the production area, improved durum varieties are required.

My project aims to bring together useful alleles from three major durum growing areas (Middle East, Morocco, and Australia) to solve each other’s limitations and increase global durum wheat production. Major target traits include tolerance to crown rot, leaf rust resistance and drought tolerance while achieving desirable yield. This project will exploit the latest trait introgression technology to rapidly assemble the desired traits into a number of adapted Australian cultivars. The research seeks to develop highly valuable germplasm incorporating desirable traits, while also providing insight into genetic control of such traits, along with associated DNA markers. This project also initiates collaborative effort with breeders/researchers at the International Centre for Agricultural Research in the Dry Areas (ICARDA) based in Morocco. 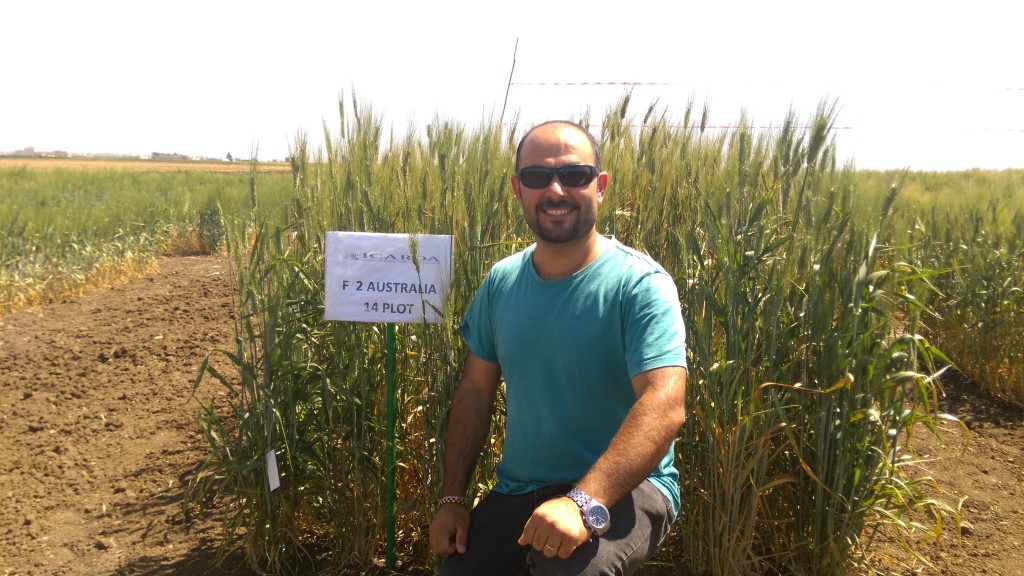 Donor lines from ICARDA (Morocco) have been identified for the target traits. A total of 12 donor lines will be crossed to 3 Australian durum cultivars lacking these important traits, in the first half of 2015. Populations will be generated for genetic analysis and trait pyramiding using the new cereal breeding methodology developed at UQ. This technique combines the use of “speed breeding”, genotyping-by-sequencing DNA markers, high-throughput phenotypic screens and innovative crossing schemes. In the first year of my project I will apply phenotypic screening methods adapted to the speed breeding system. In the second year of the project, the durum NAM population will be genotyped using DArTseq DNA markers and evaluated in field and glasshouse experiments in Australia, Morocco and Lebanon to confirm the presence and effect of the introgressed genes for each of the target traits. The elite introgression lines and DNA marker information will be made available to breeders in Australia and globally via the ICARDA distribution network.