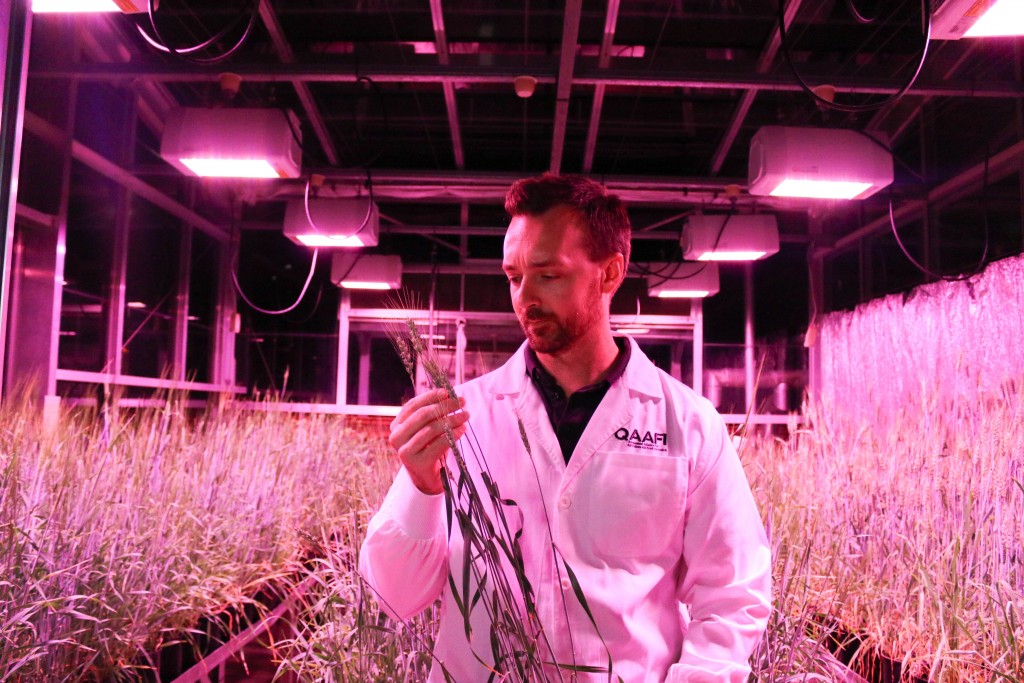 Plant speed breeding could be part of the solution to minimise the devastating effects of drought and climate change on crops in the future, according to a University of Queensland researcher.

“It can take up to 20 years to develop an improved crop variety, but the speed breeding technique can slash this time because it enables growing up to six plant generations in a single year, rather than just one in the field,” Dr Hickey said.

“This technique works for a range of crops like wheat, barley, chickpea and canola, and uses specially modified glasshouses fitted with LED lighting to grow plants under extended photoperiods – accelerating crop research and the development of more robust plant varieties through rapid cross breeding and generation advance.

“With scientists from the John Innes Centre in the UK, we’ve now taken the next step in our research and developed the protocols to scale-up speed breeding to large glasshouse facilities as well as instructions on how to build your own low-cost speed breeding cabinet.

“Information on speed breeding has been in high demand, so by sharing our protocols it means researchers and plant breeders around the world can help tackle the impacts of climate change by accelerating their research or development of better crops, even on a shoestring budget.”

Climate change is presenting a huge challenge for food production globally – currently many farmers in Australia and Europe are experiencing severe crop losses due to drought and heat.

With extreme weather expected to be more common in the future, there is a need to develop drought-resistant and more tolerant varieties of crops such as wheat, barley, oats, canola and chickpea rapidly.

“We built a miniature speed breeding cabinet with bits and pieces we got off the internet and it was very cheap,” he said.

“We know that more and more institutes across the world will be adopting this technology and by sharing these protocols we are providing a pathway for accelerating crop research.”

The paper has been published in Nature Protocols.