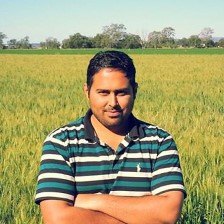 Leaf rust (LR), caused by Puccinia triticina, is among the most important fungal diseases of wheat (Triticum aestivum L.) globally. LR is prevalent in all wheat cultivating regions of Australia, inflicting both yield and grain quality losses. The most sustainable method for controlling airborne rust diseases is deployment of cultivars incorporating genetic resistance, particularly adult plant resistance (APR). APR is considered more robust than seedling resistance because it is often underpinned by multiple ‘minor effect’ genes, providing partial or ‘slow rusting’ mechanisms for resistance. Moreover, some APR genes are known to provide resistance against multiple pathogens. Additional resistances are needed for creating gene stacks or pyramids, and if deployed in this form, will extend the life of these valuable genes.

My aim is to discover and characterise novel sources of APR to wheat leaf rust and deliver the necessary tools like rapid phenotyping methodology and linked DNA markers, to enable breeders to exploit them. 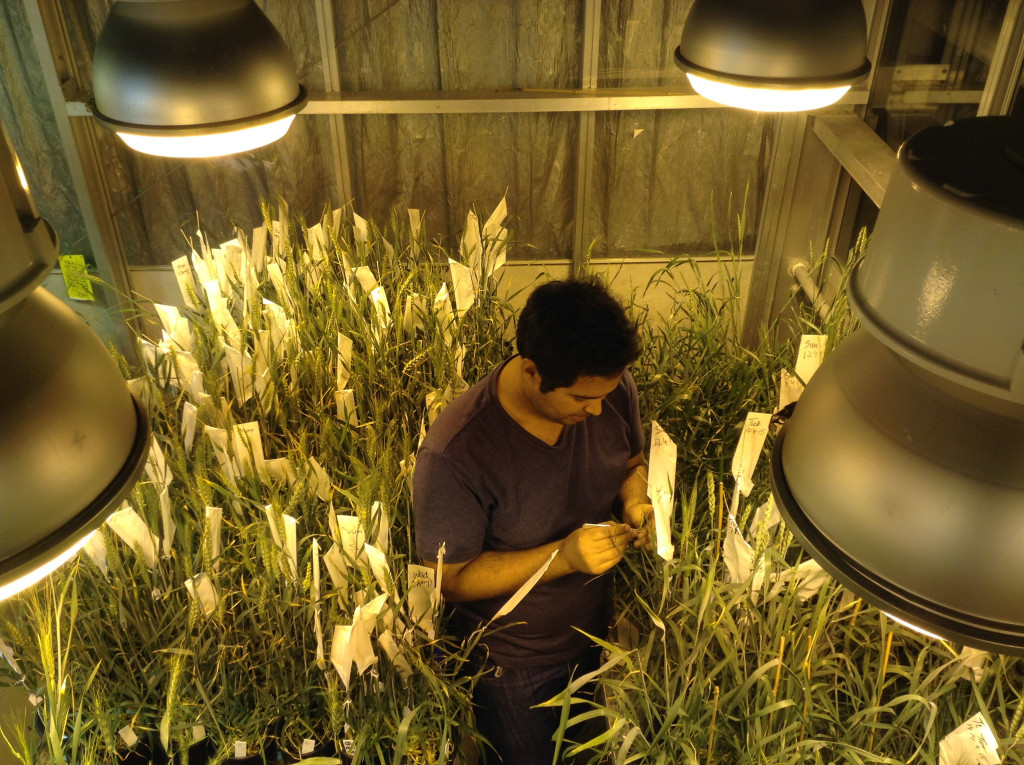 To achieve my aim I will identify novel sources of APR by exploring a diversity panel comprised of 300 accessions, originally sourced from Vavilov Institute of Plant Industry, Russia, collected over a period ranging from 1922 to 1990 representing 5 continents of the world.

In order to evaluate accessions for resistance to LR all-year-round, a protocol that integrates assessment at both seedling and adult plant growth stages in wheat grown under accelerated growth conditions (AGC) was designed and validated. This method enables up to seven disease screening assays per year, compared to just one in the field.

Association mapping (AM) studies will be performed on the diversity panel. This diversity panel was genotyped with DArTseq GBS markers and will be analyzed with 2014 and 2015 field data to identify novel QTL contributing LR resistance. Lines identified as seedling susceptible and adult plant resistant using 2014 disease data were screened with gene specific DNA markers linked to known APR genes (i.e. Lr34, Lr46, and Lr67).

The lines that are identified as carrying novel sources of APR to LR were selected as parents and bi–parental inbred (RIL) mapping populations suitable for genetic studies derived from landrace × Thatcher (i.e. resistant × susceptible) crosses will be rapidly developed using the “Speed breeding” technology at UQ. The F6 lines will be genotyped with DArTseq GBS markers and characterised for seedling and APR in 2016.

Accessions carrying novel sources of resistance and derived mapping populations will be assessed at a variety of locations within Australia and overseas to validate the new resistances against multiple pathotypes and effectiveness in diverse environments.